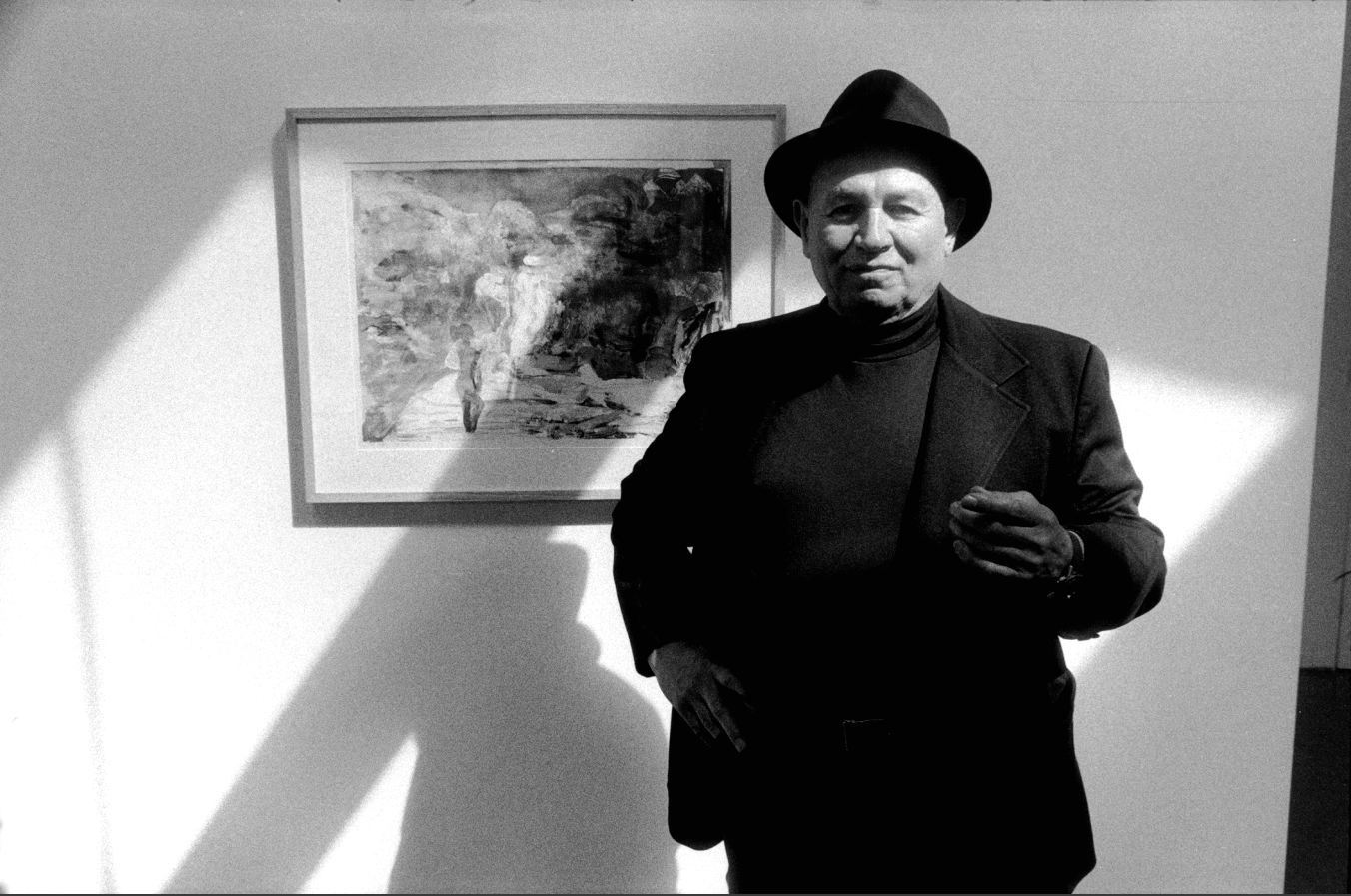 Internationally renowned artist Romare Bearden was born on September 2, 1911 in the home of his great-grandfather, Henry B. Kennedy, on South Graham Street in Charlotte. He was the only child of Bessye and Howard Bearden. Although his parents would eventually settle in Pittsburgh, Romare spent his summers with the Kennedys who owned a grocery store next to his house and some surrounding properties.  Later, as an adult artist, he drew from his memories of his great-grandparent’s house, their store, the surrounding neighborhoods as well as the train trestle and Railroad Bridge in Charlotte in his works.  Many of the pieces in his Mecklenburg County Series reflect these influences, hot summers of a bygone era in Charlotte.

After finishing high school in Pittsburgh, Bearden attended Lincoln University in Philadelphia, Boston University and New York University and explored different majors before completing his degree in 1935 at NYU. Bearden lived in Harlem and became active in the Harlem Renaissance, which was a major inspiration for his art and his music. By 1938, Bearden was a full-time social worker, a position he maintained until 1967. Bearden painted in the afternoon and at night. This enabled him to rent a studio at 33 West 125th Street. His first exhibition took place in 1940 and shortly thereafter, Romare moved his studio to the Apollo Building at 253 West 125th Street.

Bearden described many of his works in the 1980s as “collage paintings,” meaning a combination of watercolor and collage.   His work became internationally known for its unique combination of primitivism, bright color, and African-American themes, based in some measure on his childhood in Charlotte.  As one artistic scholar wrote, “Bearden’s work as an artist and leader shows how the multiplicity of the black experience is central to understanding America.” As Bearden himself said, “as a Negro, I do not need to go looking for ‘happenings,’ the absurd, or the surreal, because I have seen things that neither Dalí, Beckett, nor Ionesco, nor any of the others could have thought possible.”

Today many of Romare Bearden’s works hang in some of the nation’s finest art museum, including the National Gallery of Art in Washington, DC.  A 9×13 feet Italian mosaic of his collage, Before Dawn, was unveiled in 1989 in Charlotte’s new Main Library at 310 North Tryon Street.  This mosaic is currently in storage, awaiting completion of the newly constructed Main Library.