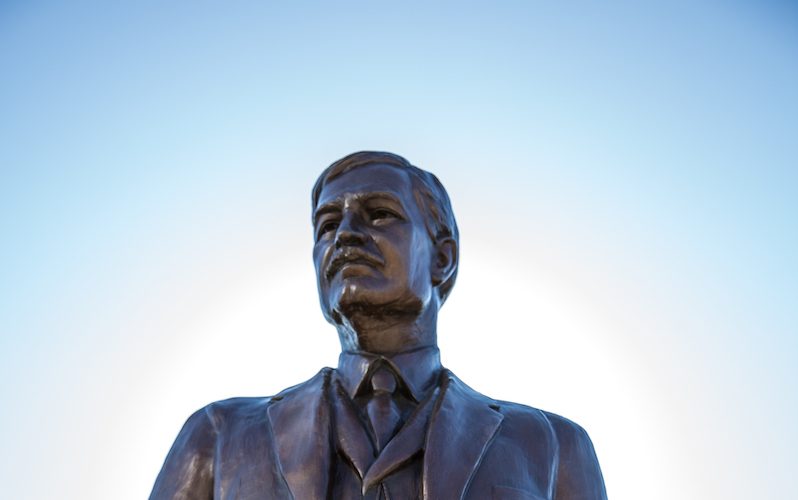 Starting from a small dry goods store in Monroe, North Carolina, William Henry Belk opened retail stores in Charlotte and other communities across the southeastern United States from the end of the nineteenth century through the mid twentieth century. An  innovator in retail methods and business partnerships, he led the Charlotte-based Belk stores to become one of the leading retail enterprises in the southeast during the twentieth century.

William Henry Belk was born in Lancaster, South Carolina, and his family moved to Monroe, North Carolina. Belk’s father had been killed by Union troops during the Civil War. As a boy, he worked at a dry goods store in Monroe and became the manager of the store in 1877.

Belk pioneered inventive partnerships with retail stores across the South. He saw that the South presented an opportunity for large department store and that stores could join together to gain price concessions from manufacturers. Belk’s company provided management expertise and supplied these stores with items from the company warehouses in Charlotte. Many of the stores in this chain had the Belk name hyphenated with another name such as Belk-Leggett in Virginia; Parks-Belk in Tennessee; Belk-Gallant in Georgia; and Belk-Hudson in Alabama. The logo of the company was a sunburst with each point representing a partnership.

William Belk convinced his physician brother, John Montgomery Belk, to join the business and the company opened stores in Chester and Union, South Carolina. In 1895 the company opened a store in Charlotte, North Carolina called “Belk Brothers Company.” The store prospered by appealing to residents of the town as well as farmers from the surrounding area. The store was located on East Trade Street near the cotton platform where farmers had just gotten cash for their goods. In addition to the new business methods, Belk’s store used innovative advertising and personal customer service. For instance, free ice water was offered to customers in the summer.

Belk and his wife Mary resided in Charlotte at the current site of Presbyterian Hospital where they raised their five sons — Henry, Jr., John, Irwin, Henderson, Tom — and daughter, Sarah.