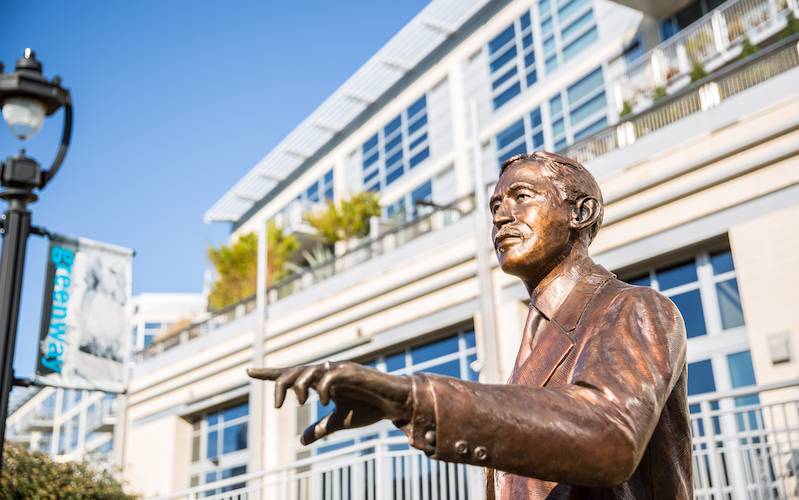 A prominent African-American businessman and civic leader, Thaddeus “Thad” Lincoln Tate made a significant contribution to the Charlotte community in the early to mid-twentieth-century.

Tate moved to Charlotte in 1877. From the 1890s to the 1940s, he operated Uptown Barber Shop in the Central Hotel at Trade and Tryon Streets in Charlotte. At the time, most barbers in the white communities of the south were African American and barbers often played important roles in the African American community. Tate’s customers included prominent local civic leaders such as Governor Cameron Morrison, store owners William Henry Belk and J. B. Ivey and the neighborhood builder Edward Dilworth Latta.

Tate and his family lived in an elegant Victorian-style brick house at 504 East Seventh Street in Charlotte. Tate built the house in the 1880s in what was then an integrated neighborhood.

Friends called Tate and his wife Mary and their ten children the “dozen family.” Tate helped found the Grace A. M. E. Zion Church that was built in 1886 on South Brevard Street. The church played a notable role in the African-American community in Charlotte at the time.

Tate and other African-American leaders created the Afro-American Mutual Insurance Company that operated from 1907 to 1927. The company hired African Americans and catered to people largely ignored by white-owned companies.

A sign from Tate’s barber shop is preserved in the Cotton Fields to Skyscrapers exhibit at the Levine Museum of the New South.