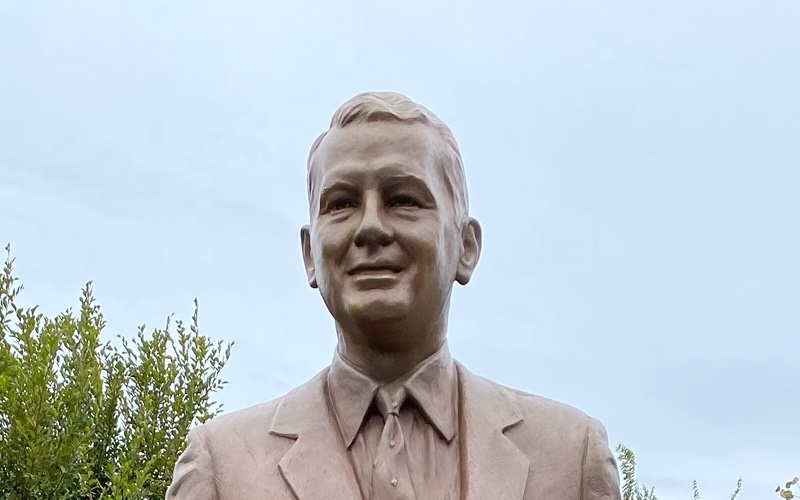 Phil Van Every was a Charlotte native, prominent businessman, and civic leader. The third of six brothers, he was the grandson and son of Lance Packing Company founders Philip L. Lance (m. Nancy Henning) and Salem A. Van Every (m. Mary Arnold Lance). He attended Charlotte-Mecklenburg Schools and Staunton Military Academy in Virginia. In 1932, he joined the family business as a salesman when annual sales were below $1 million.

After his father’s death in 1943, Phil (age 29) became president and chief executive officer; sales were $9 million. He sought advice from McCormick & Company, the Baltimore-based spice company. Phil instituted his version of McCormick’s multiple management program at Lance, which became very successful. He also started a 100 percent company-funded employee pension fund. His office door was always open; employees could enter any time to express their opinions and ideas.

In 1961, he oversaw the building of a new expansive plant on Pineville Road (8600 South Boulevard) and opened the facility in 1962. Lance snacks are still made there today. Under Phil’s leadership, the company rapidly grew from a small family-owned operation into a nationally recognized public company. At his retirement in 1973, the company had 4,500 employees in 34 states and $80 million in annual sales.

During the 1950s, Phil entered public service and quickly garnered a reputation for political honesty. Phil served as mayor pro tem (1951-1953) on the Charlotte City Council and then as the elected Charlotte mayor for two terms (1953-1957). During his tenure, he presided over the completion of Independence Boulevard, an expansion of Memorial Hospital, the building of Park Road Shopping Center and Ovens Auditorium-Coliseum complex, and launched the fundraising campaign for the building of the new Dowd YMCA.

Phil’s passion for the Carolinas and civic responsibility inspired him to establish the Philip L. Van Every Foundation in 1961. The Foundation works to fulfill his legacy and steward the family Lance, Inc. history. Phil Van Every was inducted posthumously into the North Carolina Business Hall of Fame in 1992.