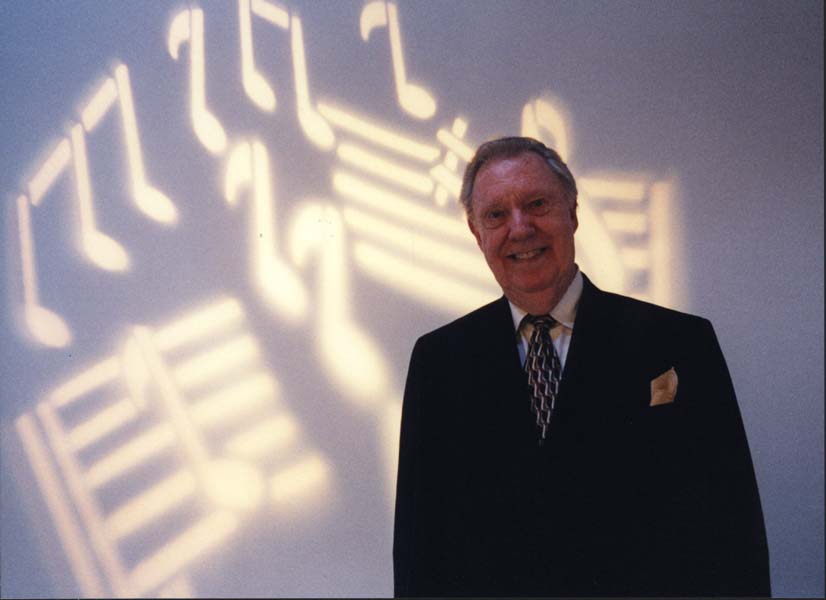 Loonis McGlohon was one of America’s most beloved songwriter and jazz pianist.  Born in the small town of Ayden in Pitt County, North Carolina, Loonis Reeves McGlohon was enthralled as a boy by the big-band sound that permeated across the airwaves in the 1940s and learned to play piano from the organist at his family’s church. After graduating from East Carolina University, Loonis enlisted in the military and was assigned to the Army Air Force where he became an official pianist.

After World War II ended, he became involved with broadcasting in Charlotte, working as the music director for WBT (AM) radio and WBTV (CBS affiliate). In 1949, Loonis married Nan Lovelace. The couple had three children: Reeves, Fan and Laurie.

In addition to his radio work, he formed his own trio for club and concert engagements, appearing across the US, including three times at Carnegie Hall, and in Japan, China, Singapore, France, Italy and the UK. Loonis accompanied several legendary singers including Helen O’Connell, Judy Garland (1964-66), and was musical director for Mabel Mercer (1978-80) and Eileen Farrell (1981-96).

For his hometown of Charlotte, McGlohon wrote the music for LeGette Blythe’s outdoor drama, The Hornet’s Nest, staged in 1968 at a new amphitheater at the University of North Carolina – Charlotte. The two principal songs were, “This is the Day!” and “What Will the World be Like!”

In 1980, Loonis’ longtime friend Frank Sinatra recorded two songs by McGlohon and Wilder,  South to a Warmer Place and A Long Night. In 1985, Loonis was commissioned (with friend Charles Kuralt) to write a piece in celebration of North Carolina’s 400th birthday. The result was North Carolina Is My Home, a symphonic work with narration and vocals which became a recording, public TV broadcast and book. He was inducted into the NC Music Hall of Fame in 1999.

Prior to his death from lymphoma in 2002, NationsBank Performance Place in Charlotte’s Spirit Square was named the Loonis McGlohon Theatre. His ashes are in the Carmel Presbyterian Church Columbarium where served as the church’s music director for many years.