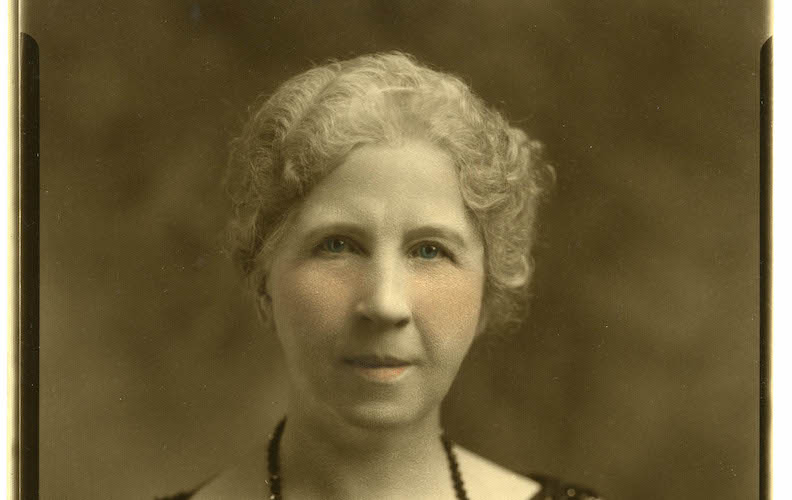 Dr. Annie Lowrie Alexander blazed a new path for future women when she became the first licensed woman physician to practice in North Carolina in 1885. Born in the final year of the Civil War, “Dr. Annie” lived during a time when the idea of any woman becoming a doctor horrified most people as it went against the cultural and social norms in the United States during the nineteenth as well as the early twentieth century. Nevertheless, she persevered and enjoyed a successful practice for almost fifty years, providing medical care for the poor and leaving a legacy of promoting and improving health care.

“Dr. Annie,” as everyone called her, received her early education from her father, Dr. John Brevard Alexander, and a tutor to prepare her for entrance into medical school. She attended and graduated from the Philadelphia Female College in 1884. While teaching anatomy at the Baltimore’s Children Hospital, “Dr. Anne” contracted tuberculosis. After a short convalescence, she returned to Mecklenburg County in 1885 and opened a practice in her home on North Tryon Street. She immediately began giving public lectures on the importance of hygiene and maintaining a proper diet. Like most local physicians,“Dr. Annie” traveled by horse and buggy across the county to see patients. (She later purchased a car.) She also performed surgeries in her home. While her practice continued to grow, Dr. Annie supplemented her income from rentals of property she purchased.

Active in the Charlotte Women’s Club, whose Health Committee provided social services to the poor, “Dr. Annie” provided care and advice to mothers and other care givers. She was a founding member of the Mecklenburg Medical Society, and also joined the Southern Women’s Medical Association. When World War I broke out, she was given a commission as Lieutenant and appointed to the position of Assistant Surgeon by Major B. W. Brown, of the United States Public Health Service. “Dr. Annie” oversaw a project to prevent communicable diseases in schools from spreading to Camp Greene, a nearby training camp. Throughout her career, she maintained a keen interest in the health of school children and participated in programs that offered free examinations and treatments for children and their mothers, especially those living in mill villages. Somehow she managed to serve on the Board of the Florence Crittendon Home and the YWCA, and was the attending physician there as well as the YWCA, Presbyterian College for Women which became Queens University. In addition to all of this work, she managed to write and present a number of medical papers to various professional organizations.

In 1929, after remaining in the home of a patient who needed special care, “Dr. Annie” contracted pneumonia and died on October 15th. She was survived by her adopted son, Robert Alexander as well as one sister, two brothers, numerous nieces and nephews. Buried in Elmwood Cemetery, “Dr. Annie” was fondly remembered by patients and colleagues. Numerous tributes appeared in newspapers and professional journals. Throughout her life, she devoted her time and energy to the service of others.